hosted a poignant and emotional ceremony, led by the Royal Canadian Legion Branch 375, to mark the 75th anniversary of the sacrifices that Richmond Hill soldiers made during the World War One Battle of Dieppe. These sacrifices, among many others, helped the Allied Forces ensure that Canada remained the “true north strong and free” for future generations to enjoy.

Last winter, Richmond Hill Council supported my motion to acquire some additional parkland at 71 Regent Street. This land acquisition will make the Mill Pond Park an even greater asset to our community. Further, Richmond Hill revitalized Cordave Park and made the long overdue announcement of plans to revitalize Bradstock Park in 2018. Both of these parks are located in Ward 4. Richmond Hill also officially acquired the Dunlap Observatory lands including the historic buildings that exist on this site. These lands and buildings will become an exciting park for Richmond Hill residents to enjoy over the coming years. 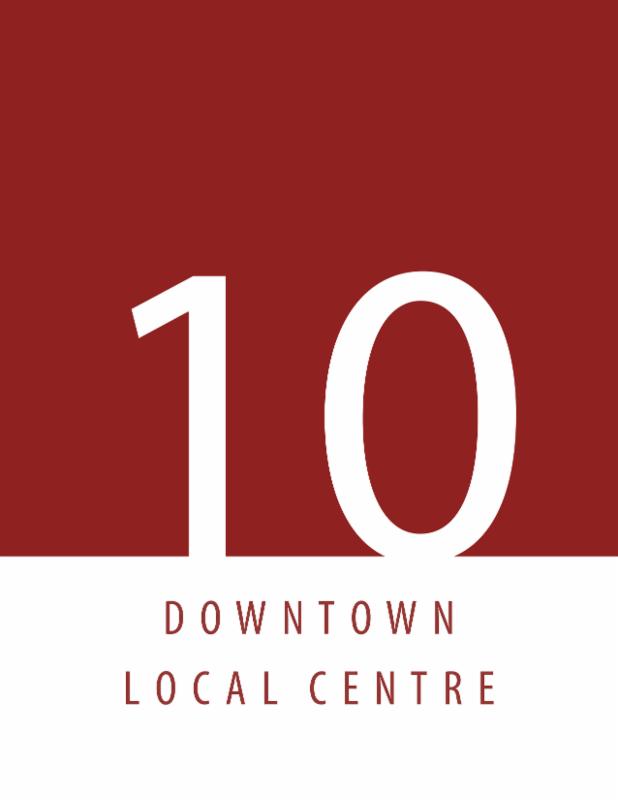 Over the past year, Richmond Hill Council tackled the task of completing several important Secondary Plans. These plans included the Downtown Secondary Plan and the Yonge Bernard Key Development Area (KDA) Secondary Plan. Council, staff, and the public, also continue work on the Yonge 16th Avenue Secondary Plan. As our community grows these Secondary Plans will serve to outline, in specific detail, how we expect these important areas of our community will grow and evolve in the future. All of these plans add detail to development permissions already approved in the Official Plan and are designed to ensure that any new development will fully conform to the Official plan. Further a Secondary Plan is designed to ensure that new development will add to the overall community in a positive way while providing protection for the existing community. In all cases, we had robust community involvement in the development of these plans and I want to thank the many members of the public that gave their time to this effort. While not all stakeholders agreed on all aspects of these plans, I do believe that having strong Secondary Plans in place will serve us well as our community grows in the future.
After I moved a motion at Richmond Hill Council to advocate for Ontario Municipal

Reform (OMB) in 2016, myself, Councillor Cilevitz, and a number of leaders from other Ontario municipalities organized a Municipal Leader’s Summit in the spring of last year. This gathering was designed to further pressure the Ontario government to reform the OMB. A recommendations report from our Summit was released in the spring of last year. This report made clear our recommendations to the Ontario government how we expected the OMB to be changed. In late 2017 the Ontario government committed that the OMB would be reformed and will respond to community concerns that Ontario municipalities have had for many decades with the unelected and undemocratic OMB. It is expected that these reforms will be implemented by the Province later in 2018.

Although not as high profile as OMB reform, or the announcement of new parks, Richmond Hill Council also approved a new Waste Contract that will enhance waste collection services for our residents while saving $572K per year in operational costs.
In 2017 Council approved a Fire and Emergency Service (RHFES) Master Plan that will guide

the growth and evolution of our RHFES in the coming years. RHFES provides a crucial service to our residents in times of need. This Master Plan will guide future investments so RHFES will be able to ensure our community’s safety and security into the future.
Council approved a streamlined approach to our parking bylaw enforcement with the introduction of the Administrative Monetary Penalty System (AMPS). This new system replaces the old court based system for disputing parking tickets. So far AMPS has proven to be more efficient for both the municipality and the public. 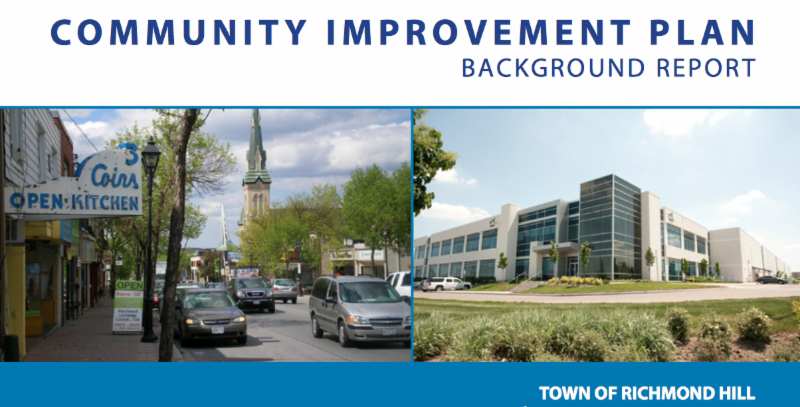 In 2017 Council continued to work on finalizing a Community Improvement Plan designed to provide incentives for future office development in our community. More office development will contribute to our Economic Development goals by providing locations for new and existing businesses. As a result, it will provide additional opportunities for our citizens to work closer to home. I expect that this plan will be finalized and passed in 2018.

In 2017, Richmond Hill Recreation staff launched the new Active RH online system to make it easier to register for Town recreation programs. Our recreation programs are quite popular, and are valued by community. This new online registration system will make registering for our programs faster and easier for our residents.

In 2017 Richmond Hill also approved plans to move the Town Hall back to the Village Core. After many decades of study and consideration, preliminary plans were approved, including a financial plan, to move this project forward. The land designated for the Town Hall is known as the Civic Precinct and it is located near the Central Library at the north west corner of Yonge and Major Mackenzie Drive, just south of the Village Core. The Civic precinct will also include a number of community amenities such as a skating rink/reflecting pool, a bandshell, an urban square, an expansion of the Central Library and an underground parking facility, to name a few.

It is very important to support and encourage citizen input in a democracy. In order to accomplish this it is crucial that community members be accurately informed about decisions taking place in our Town. To this end, I remain committed to providing pertinent information to Ward 4 residents on a regular basis. For the past 5 years I have produced a monthly e newsletter that is being read by more and more Ward 4 residents.
I have also had the pleasure of hosting and attending many public meetings, over the year. These gatherings have consisted of smaller meetings with single residents up to larger meetings with dozens of residents. Subjects discussed at these meetings have focussed on a range of topics. Speaking to residents continues to be important to me, as this allows residents to communicate ideas, concerns and suggestions, all with the common goal making our community the best it can be. 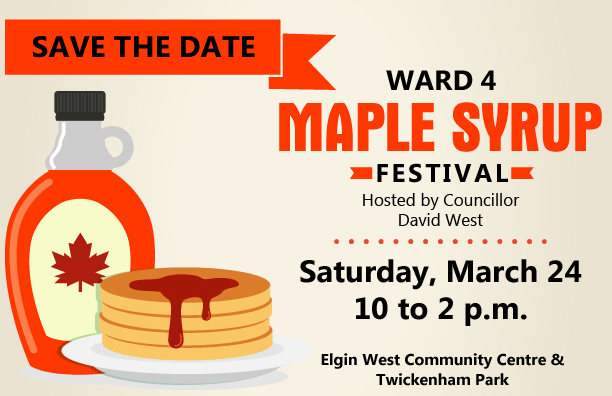 I also believe it is important to bring people together to meet neighbours and celebrate the many things we have to be thankful for in Richmond Hill. Coming together as a community is fun, but it also helps to build strong and vibrant neighbourhoods. Over this past year I hosted the first ever Richmond Hill Maple Syrup Festival, and the first ever Ward 4 BBQ and Monarch Butterfly Festival. Both of these were very well attended, and it was great to see families enjoying the activities, each other’s company, meeting friends and neighbours, and learning more about their community.

I was also involved in the committees that hosted the ever popular Richmond Hill Winter Carnival and the Mill Pond Splash. As you read this, our group is finalizing plans for this year’s 50th Richmond Hill Winter Carnival happening February 2-4th at the Mill Pond Park (more about this event below in this e newsletter). Both of these events have grown to be important signature events in our community. 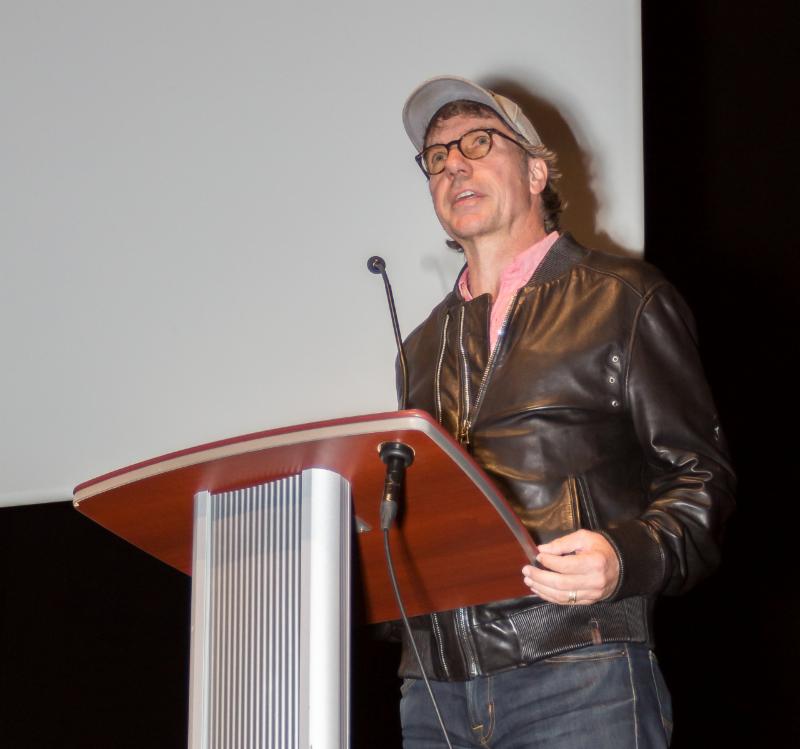 Finally, Richmond Hill also took a leadership role towards reconciliation with our Indigenous brothers and sisters. In October a small group of citizens, including myself, hosted a sold out event featuring a screening of the Secret Path by Gord Downie. The event included a panel discussion with several Residential School survivors about reconciliation. As it turned out, we lost Gord Downie to cancer about a week before the event. In retrospect, I was very proud of our community for honouring Gord’s legacy, and the great contribution he made to our country. Gord’s brother Mike, spoke to the audience and inspired all in attendance to carry the torch that Gord helped light. Gord Downie challenged us to individually do what we can towards creating a country that builds a reconciled relationship with its First Nations people.
As Richmond Hill grows traffic and transportation continue to be a high priority and a significant concern for our residents. While the solutions to these issues are not simple, and the costs of these solutions sometimes make it necessary to rely on sources of funding from upper levels of government, our Council has an important role to play. In the future we will continue to implement solutions and build on the work that we have done to address problems around traffic, transit, and transportation.
The Bus Rapid Transit (BRT) work along Yonge continues this year, and is scheduled to

On a smaller scale we have made improvements to local traffic flow, and most importantly, pedestrian safety, in front of St. Theresa of Lisieux High School. We have added more pole mounted radar boards throughout our residential neighbourhoods, and have committed to moving these radar boards to new locations on a regular basis, in order to maximize their benefit in reminding drivers of the posted speed limits. York Regional Police continue to be an important partner in this effort as well. It is also clear that traffic issues in other parts of the Town will need our ongoing attention in the future.

I continue to be proud of the work that has been done in Richmond Hill related to environmental stewardship. Each April I have reported the Town’s environmental accomplishments and challenges devoting an entire edition of the e news to this task. Given the number and quality of beautiful green spaces that we we have in our community, I believe that this work also requires our ongoing attention.
If you would like further information on any of the topics briefly outlined in this piece, I would invite you to visit my blog at www.davidwest-richmondhill.ca/blog/. You can use the search function to find a specific topic. Always feel free to contact me if you have further questions, comments or concerns. 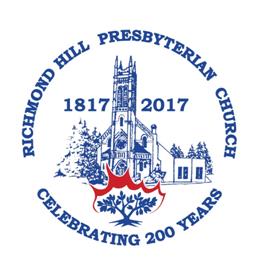 In closing I would like to congratulate the Richmond Hill Presbyterian Church on their 200th anniversary as a congregation in 2017. This event is a proud and significant milestone for the congregation and throughout the past year the congregation held events to beautifully mark this occasion. As Richmond Hill approaches its 150th anniversary (we were founded in 1872) we will continue to build on the past, with an eye to the future. There is always more to do and I remain honoured to represent the community in this effort