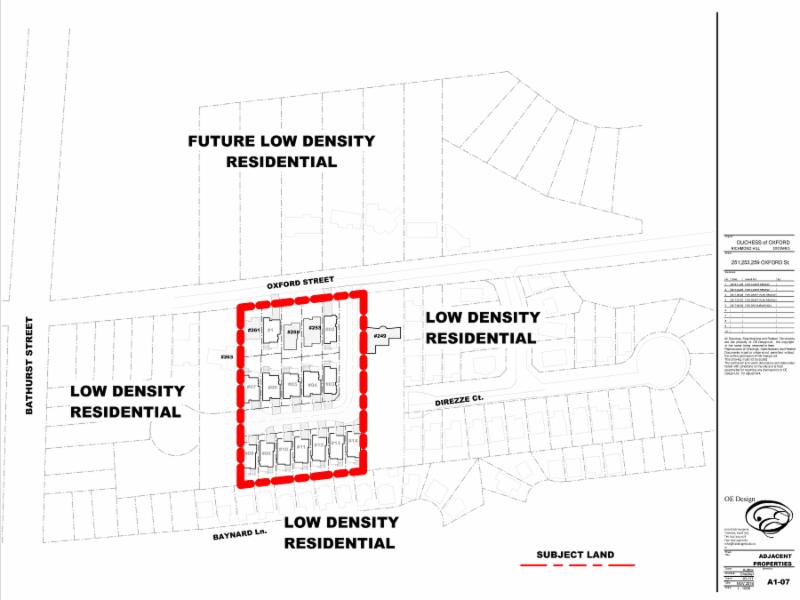 The applicant is seeking Council’s approval of its Zoning By-law Amendment and draft Plan of Subdivision applications to permit the construction of 14 single detached residential dwellings on its land holdings, with access from a new public road from Oxford Street. It is proposed that two lots would have frontage on Oxford Street, and twelve lots would front the proposed new public road.
There is a statuatory Council Public meeting on March 28th at 7:30 in the Council Chambers at 225 East Beaver Creek Rd to discuss this application and seek public feedback.