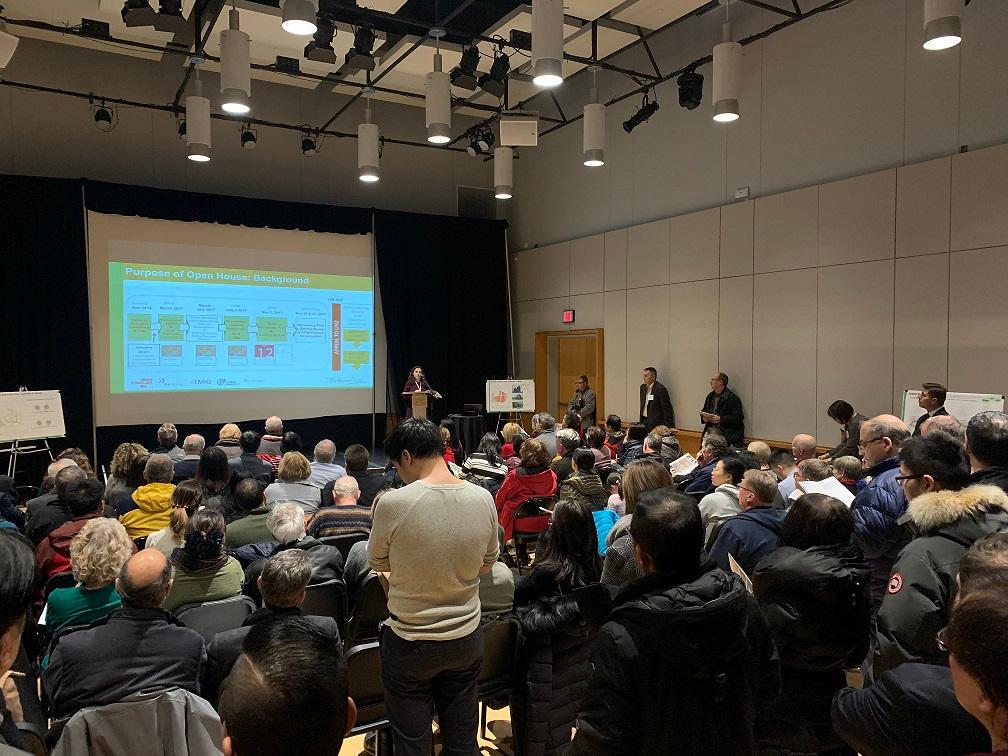 In early December Richmond Hill Planning Staff hosted a well attended citizens’ meeting regarding the Yonge Bernard Key Development Area (KDA).
For the past several years Council and area residents have worked together to produce a KDA plan that would guide future growth for the area around Yonge and Bernard/Canyon Hill. The Yonge Bernard KDA Plan was finally approved during the last term of Council.
However, in April of this year the newly approved plan was repealed by a majority of Council, and direction was given to staff to increase the densities in the area beyond what was in the past plan. I continue to be opposed to the repeal of this plan for a number of reasons. I believe it was a valid plan that reflected densities that were higher than present, but met our provincial growth obligations and most importantly represented a reasonable and functional level of development for the area.
Residents at the meeting had some tough questions as to how a new plan could accommodate increased densities beyond what was outlined in the repealed plan. I appreciate that so many people showed up to make their feelings known and I will be actively involved in ensuring that whatever plan we finally approve can be justified. There will be further community meetings in the winter and more information can be found on the website – CLICK HERE
2. Santa Claus came to Town

The parade is a well attended and much enjoyed event that runs along Leslie St.
3. Richmond Hill Raises the Flag for the Elimination of Violence Towards Women and Children 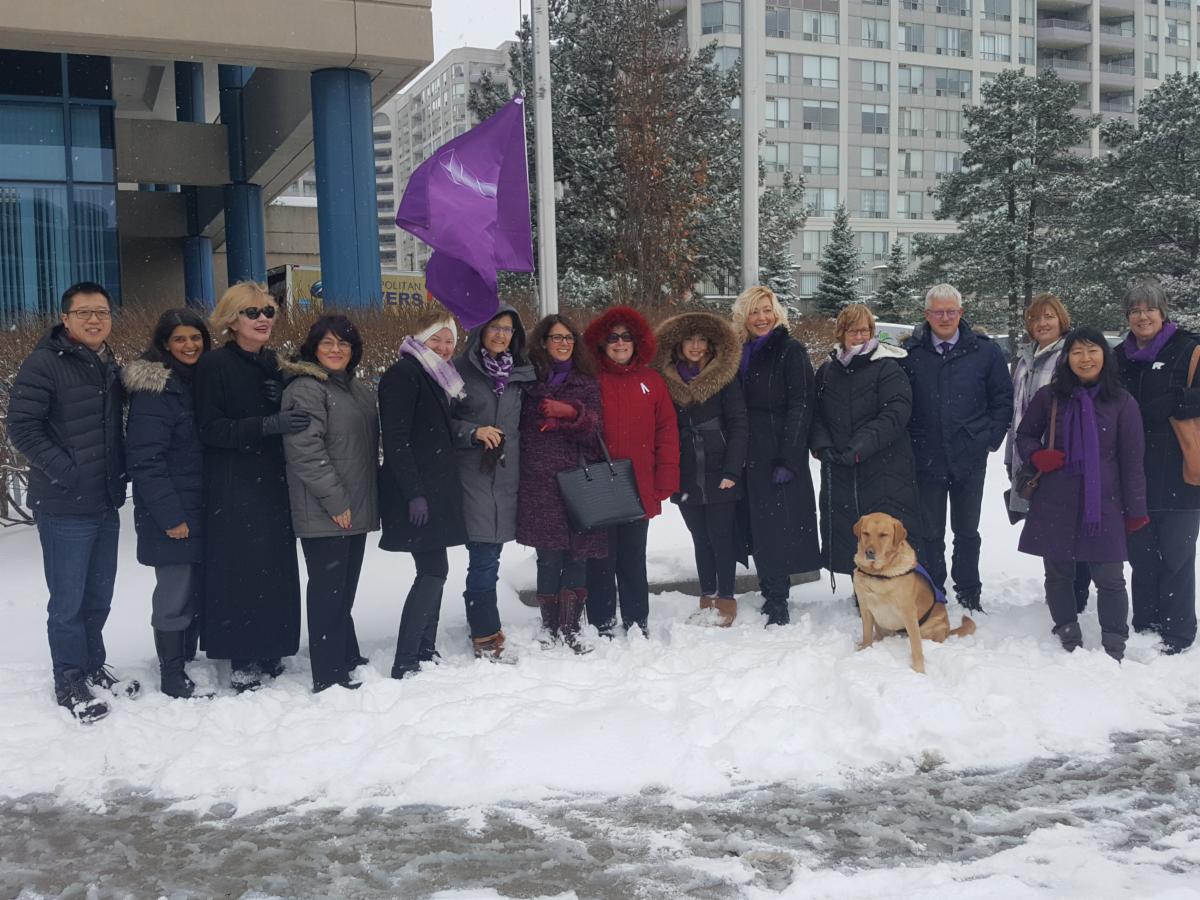 As we do each year in December, Richmond Hill staff and Council gather to raise the flag to mark the anniversary of the murder of 14 women at the Ecole Polytechnique in Quebec that occurred on December 6th, 1989.
Again this year we were honoured to have representatives from Yellow Brick House join us. Yellow Brick House is an organization that is dedicated to supporting women and their children who have been victims of domestic abuse. Thank you to all the Yellow Brick House staff and volunteers for the important work they do in supporting, addressing, and reducing violence against women in our community. To learn more about Yellow Brick House please visit – https://www.yellowbrickhouse.org/
4. Targeting Climate Change

The citizen’s group known as Targeting Climate Change met recently to discuss the important issue of Climate Change and what citizens and governments can do to impact positive change. I am proud to support the work that this group has been doing over the past year. If you are interested in getting involved please visit- https://www.facebook.com/events/2118654528427079/
5. Toy Mountain in Richmond Hill 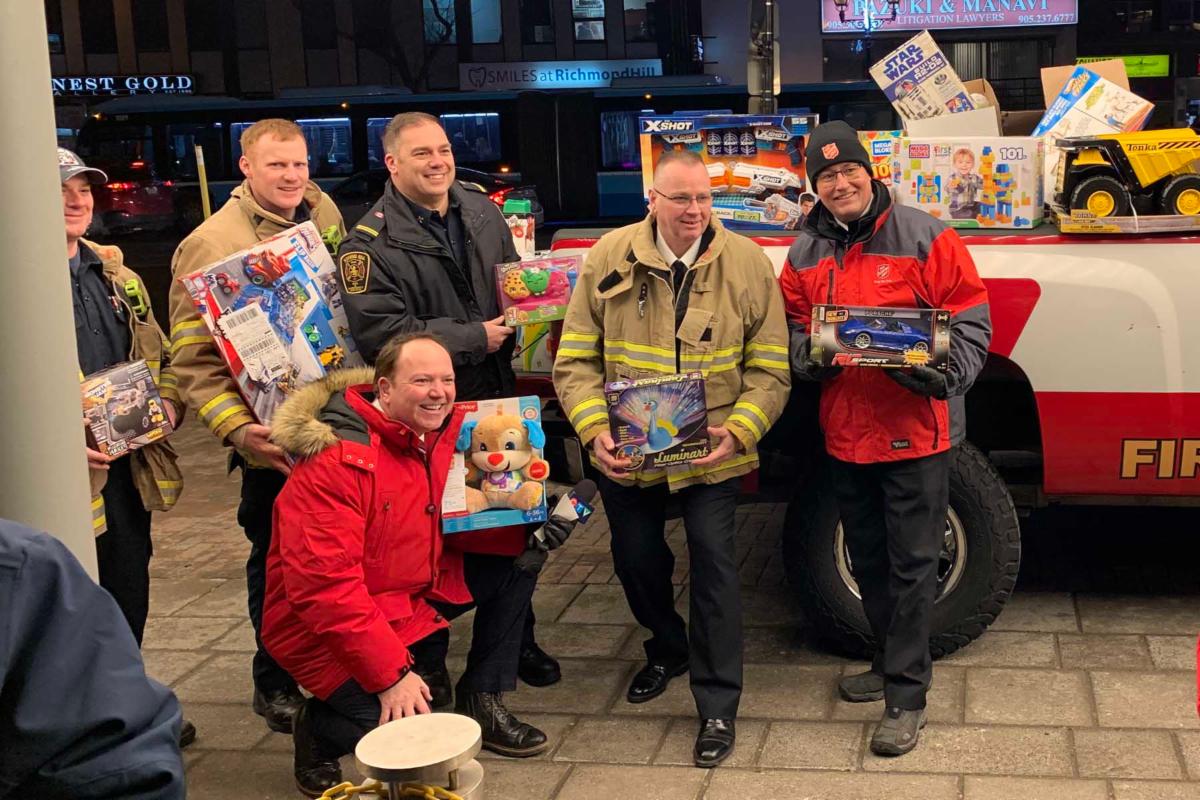 Again this year Richmond Hill helped to collect toys for the Salvation Army to distribute to families in need during the holiday period. CTV News and host Tom Brown did a live Toy Mountain broadcast from the Richmond Hill Centre for the Performing Arts. Thanks to all citizens who contributed to this cause.