Nilouffer Rummana Virji is the co-coordinator of the Crescent Valley food bank. Nilouffer leads volunteers, reaches out to clients and delivers food to those in need. Her work has brought the community closer together by rallying her neighbours to help others while effectively providing food security to those in the greatest need.
Eric Tam volunteers with 11th Toronto Scout Group, which he helped found in 1990. In addition to his work as assistant rover advisor and as deputy council commissioner of Recognition, he has been instrumental in the development of Chinese-language leader development courses.
Angie Ng has been mentoring and instructing youth through the 3rd Unionville Scout Group for the past 10 years. She encourages them to attain their goals and become better citizens in the community.
Julie Mahfouz Rezvani is the catalyst behind The Clothing Drive, a grassroots initiative that distributes clothing to Syrian refugees who have resettled in the Greater Toronto Area. An expert at logistics, she has been instrumental in the success of the storefront location, which has welcomed thousands of refugees since its opening
3. 2018 Ontario Medal for Young Volunteers Award 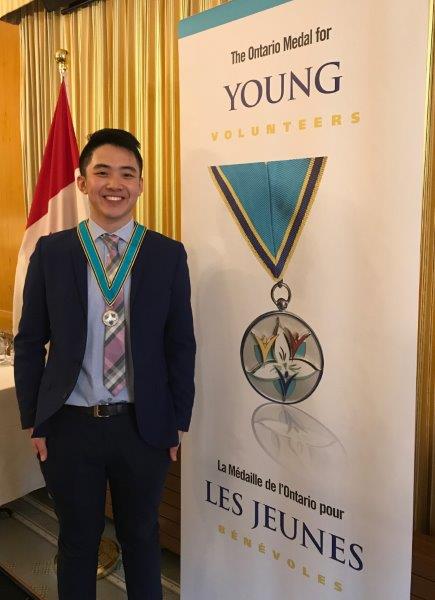 Hayden Cheung was congratulated by Mayor Dave Barrow and members of Council for receiving the 2018 Ontario Medal for Young Volunteers Award. This award is the highest recognition a young person can achieve for outstanding volunteer contributions to the province. The Ontario Medal for Young Volunteers is awarded to youth aged 15 to 24 who have volunteered for a large amount of time with a charity, not-for-profit organization or person, and who have inspired other young people to volunteer.
Hayden is the founder of Youth Nation Alliance, an organization that connects youth across the Greater Toronto Area with organizations that need volunteers. He has spent more than 1,800 hours volunteering and has also pioneered a program connecting young newcomers with older students who help them adjust to life in Canada. Hayden was one of 10 remarkable young recipients of this award.
4. Richmond Hill’s Youth Action Committee Plans for Youth Week

Richmond Hill’s Youth Action Committee (YAC) is comprised of residents in grades six to 12 who provide staff and Council with advice and input on programs and services for youth in the community. Sophia Hou, YAC Co-Chair and Core Member, and Cassidy Mark, YAC Core Member, delivered a presentation to Council outlining their recent YAC events and their upcoming activities for Youth Week. They highlighted Hill After Dark, YAC’s annual youth arts showcase and activities such as recreation and art, dance, civic engagement and volunteerism.
For Youth Week, May 1 to May 7, 2018, YAC planned a variety of events to meet the varied interests of youth. Activities include a DJ workshop, baking activities, a computer workshop, drop-in basketball and badminton, park clean up at the Eyer Wideman house, YAC information sessions and the annual Race Around the Hill (RATH) event. This year, YAC is partnered with Children’s Treatment Network to include a wheelchair basketball drop-in.
5.  Clean Up, Green Up Weeks  April 15 – April 29 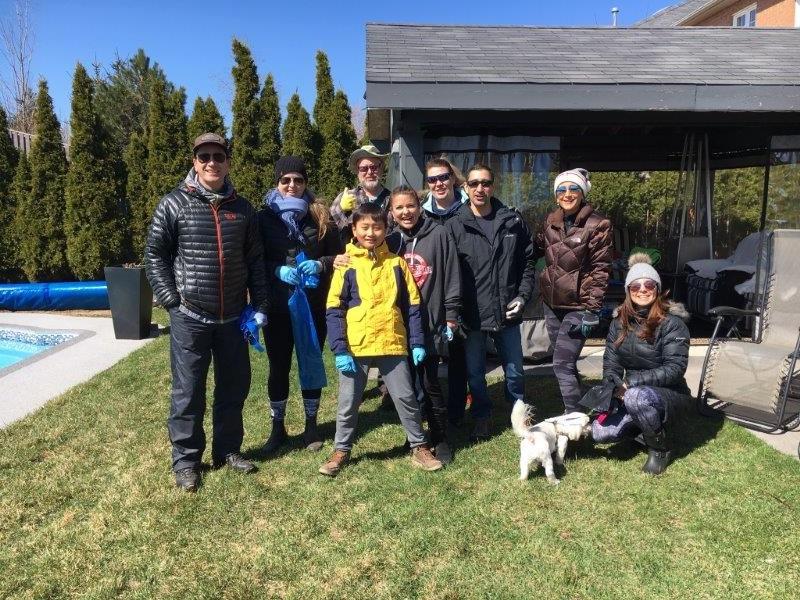 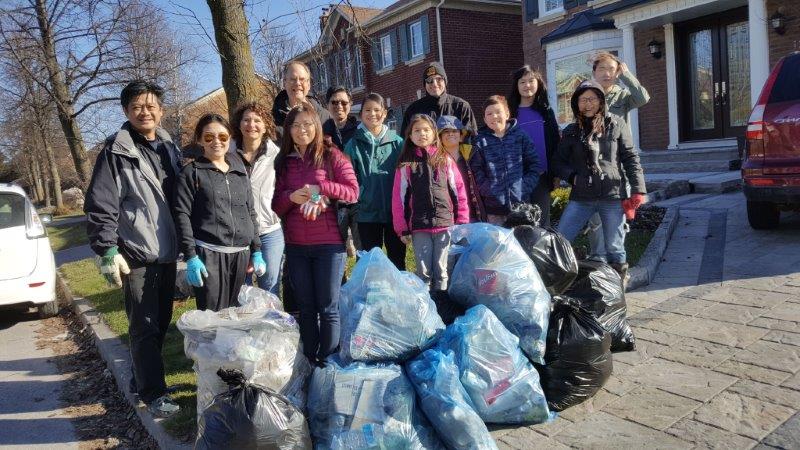 During the last two weeks of April, many citizens participated in Richmond Hill’s Clean Up Green Up program. The event is all about pride in our community and helping to keep our community clean. I want to extend a particular thank you to two groups who invited me to be a part of their clean up events. Thanks for making a difference!
6.  360kids Fundraising Walk

360kids recently hosted a fundraising walk at Mill Pond Park. It was a well attended event and the organizers exceeded their fundraising goal. It was great to see so many young people out to support other youth (pictured with some of my “young” friends). Youth homelessness in York Region is an invisible problem but 360kids continues to be a leader in supporting youth in our community. Thanks to the 360kids Board of Directors and staff for all that they do!
7. Culturalicious at St. Theresa of Lisieux Catholic High School 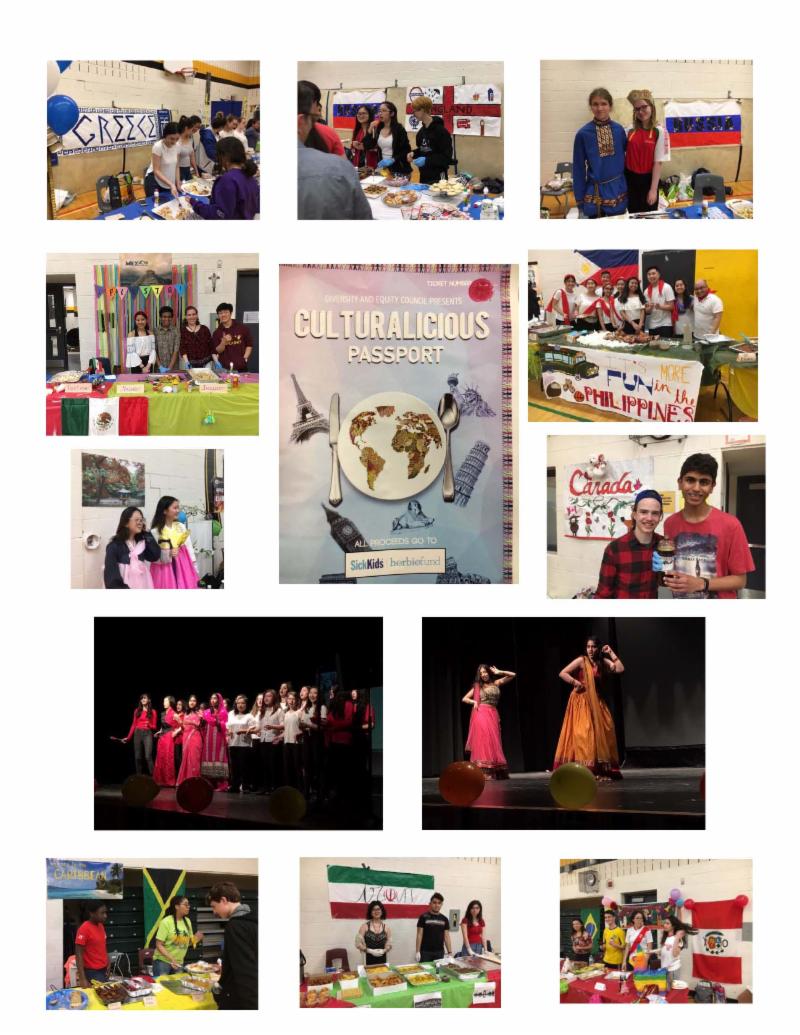 Diversity is our strength and this diversity should be celebrated –  This was the clear theme and message at Culturalicious – a celebration of culture at St. Theresa of Lisieux Catholic High School. Performances and food from around the world were enjoyed by all in attendance. It was a really wonderful evening of cultural sharing and an event that was very reflective of who we are as a community. Thanks to the students and staff for sharing this event with Richmond Hill.
8.  Strides For Stroke

It was a beautiful day for the 13th Annual Strides for Stroke Run/Walk in support of Mackenzie Health Foundation.
Thanks very much to all the members of my team, the Richmond Hill Runners and Walkers, including Council members Mayor Dave Barrow, Deputy Mayor Vito Spatafora, Ward 5 Councillor Karen Cilevitz, and Ward 3 Councillor Castro Liu.
It was a fun day, but most importantly the event surpassed its goal and raised over $275,000 for our hospital.
9.  Windstorm clean up in Richmond Hill

A major windstorm swept through York Region on Friday,  May 4.  Teresa Latchford wrote an article which appeared in the May 10th issue of the Richmond Hill Liberal.  To read the article please click here. 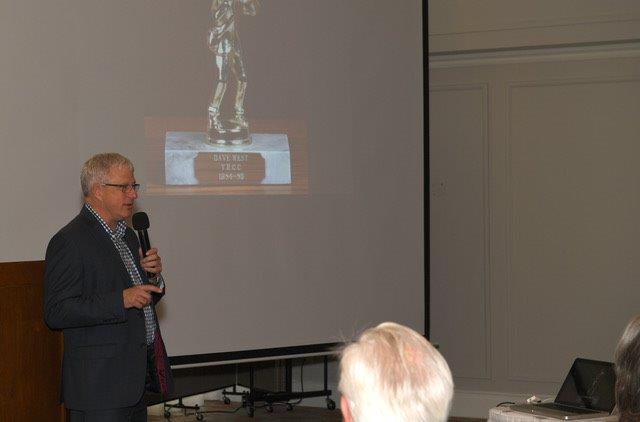 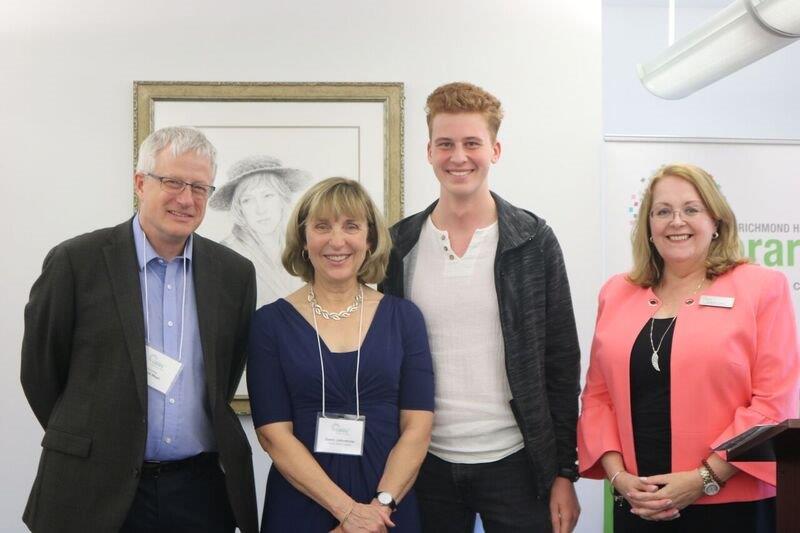 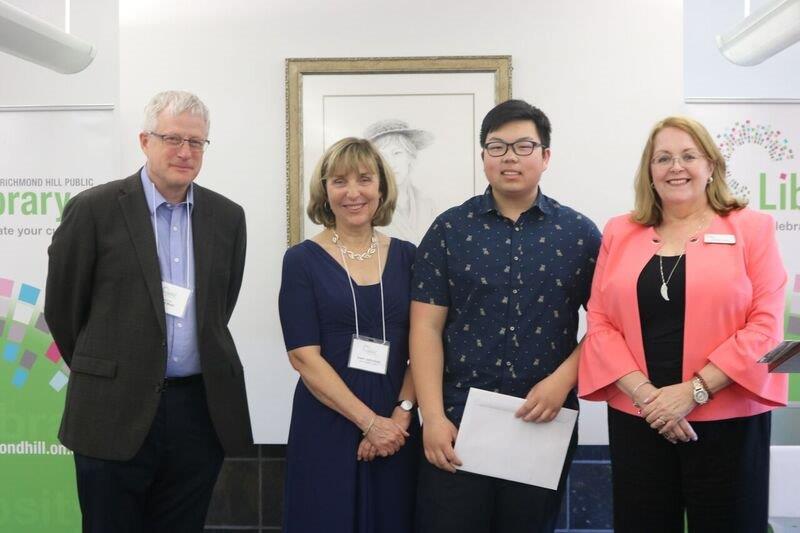 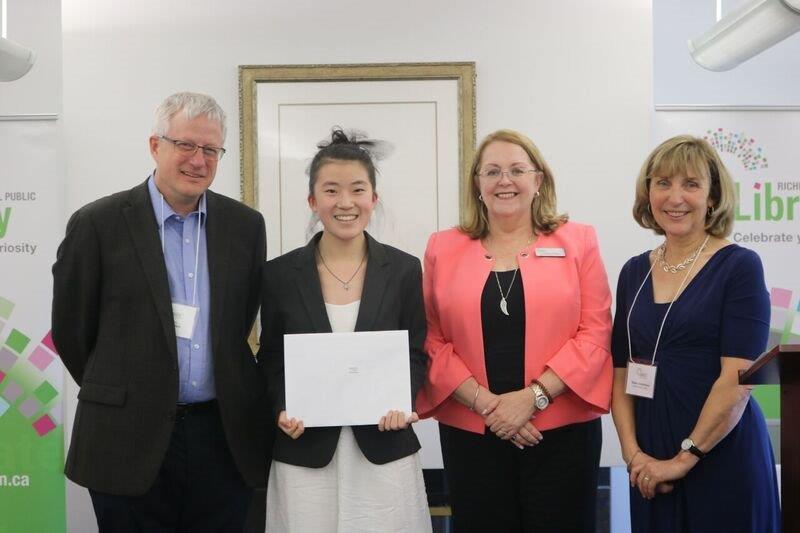 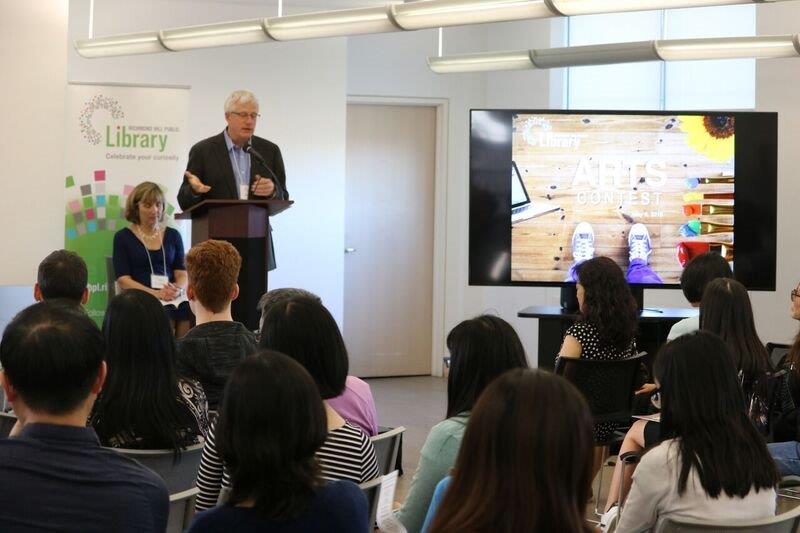 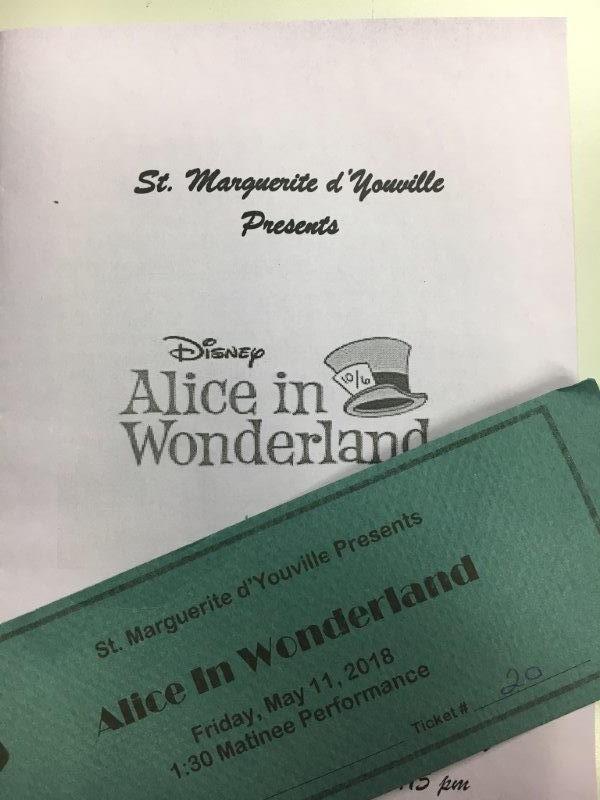 Congratulations to the students and staff of St. Marguerite d’Youville Catholic Elementary School on their production of Alice in Wonderland Jr. It was a thoroughly enjoyable and witty performance.
I appreciated being invited to enjoy the production with all the proud parents in attendance!
13.  Saturday May 12 – a very busy day! 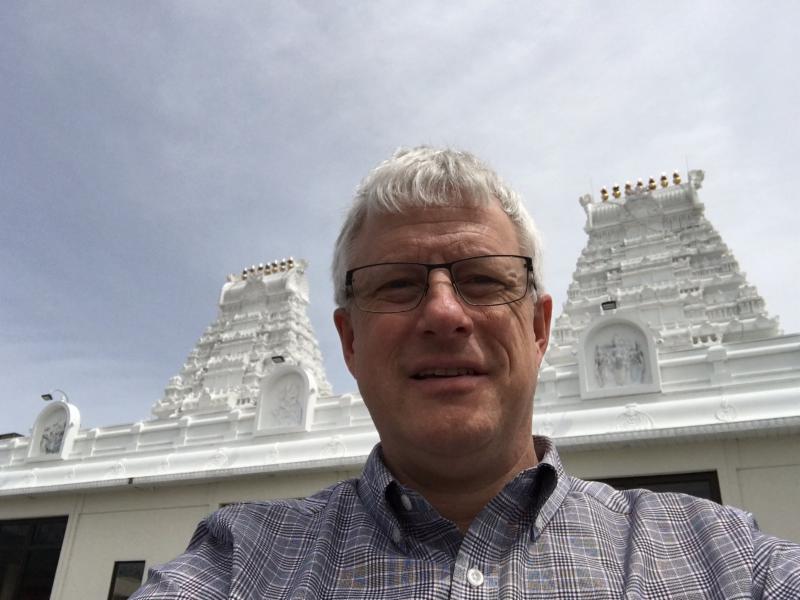 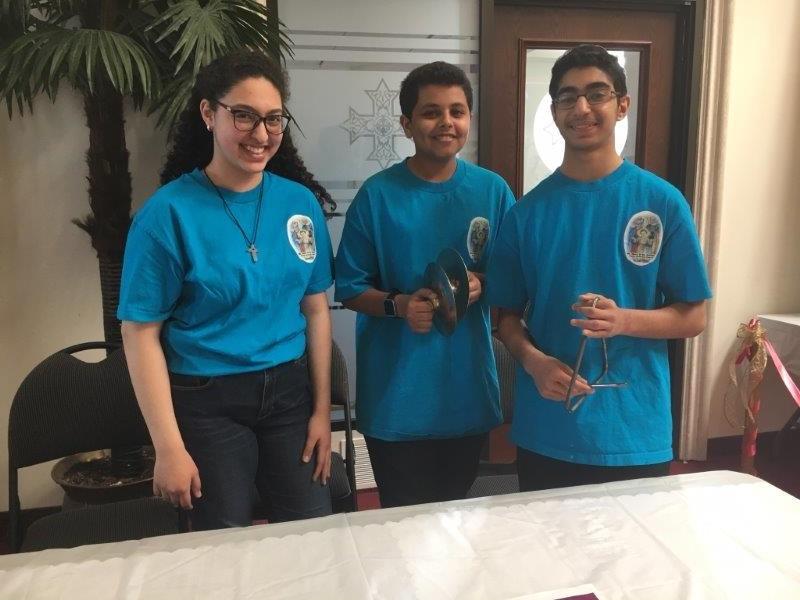 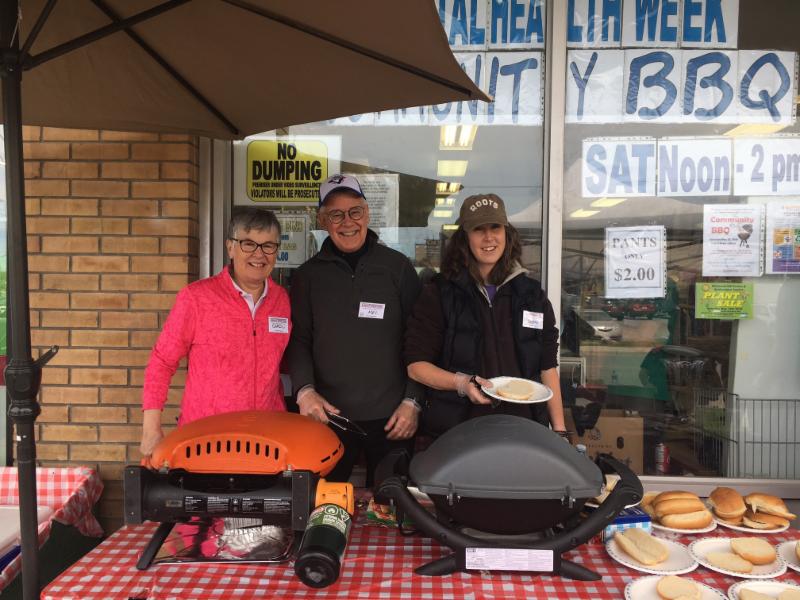 It was a very busy Saturday May 12th in our community. The day began with a Pancake breakfast at the Richmond Hill Presbyterian Church, and then a stop at the Ganesha Hindu Temple and St. Mary and St. Joseph Coptic Orthodox Church. These locations were all part of the the Doors Open Heritage Tour. The day was topped off with a charity BBQ at Treasures Charity Thrift Store in support of the great work they do around mental health in our community. Thanks to all for your welcoming hospitality!
14.  Mayor’s Monarch Pledge – Vaughan Joins Richmond Hill 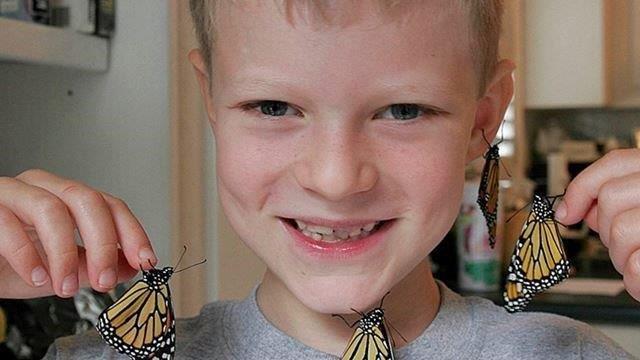 There were only 5 Canadian Municipalities (and many US and Mexican municipalities) signed on to the Mayor’s Monarch Pledge last year. When I met with the 5 Canadian colleagues who, like Richmond Hill, had signed the pledge, we all agreed we needed to change that! As a result we all committed to lobby our neighbouring municipalities to join us in improving habitat for Monarch Butterflies and other pollinating insects.
I learned last week that on a motion put forward by Vaughan Regional Councillor Singh, Vaughan has joined Richmond Hill in adopting the National Wildlife Federation’s Mayor’s Monarch Pledge (to view the motion click here). I encouraged Vaughan Councillor Singh to encourage her council colleagues to sign the pledge when she was appointed to Vaughan Council last year. I am really pleased that she was successful.
Vaughan and Markham, as well as York Region, are all now following Richmond Hill’s lead and taking steps to improve habitat for Monarch Butterflies and pollinators. King and Aurora are next on my list! For more information on the pledge click here.
15.  Richmond Hill Wins Awards for Community Festivals and Events

Three of Richmond Hill’s most popular festivals and events, Canada Day Celebrations, Ribfest and the Tastes of the Hill Multicultural Festival were awarded Top 100 Festivals and Events by Festivals and Events Ontario (FEO). The 2017 Canada Day Celebrations, Richmond Hill’s largest, single-day festival, attracted more than 20,000 visitors from around York Region and the Greater Toronto Area. The sixth annual Ribfest attracted more than 35,000 visitors to the three-day event held at Richmond Green Park. The Tastes of the Hill Multicultural Festival raised $35,000 in support of Big Brothers, Big Sisters of York.  FEO is the leading professional organization for the festival and events industry, helping members to produce unique, quality festivals and events in all corners of the province through education, professional development and networking. Its membership includes festivals, events, suppliers, municipalities, schools, students, BIAs and more. Richmond Hill has previously been recognized by FEO for these festivals and events that took place in 2014 and 2015.
16.  Residents Encouraged to Be Emergency Ready – Stay Connected 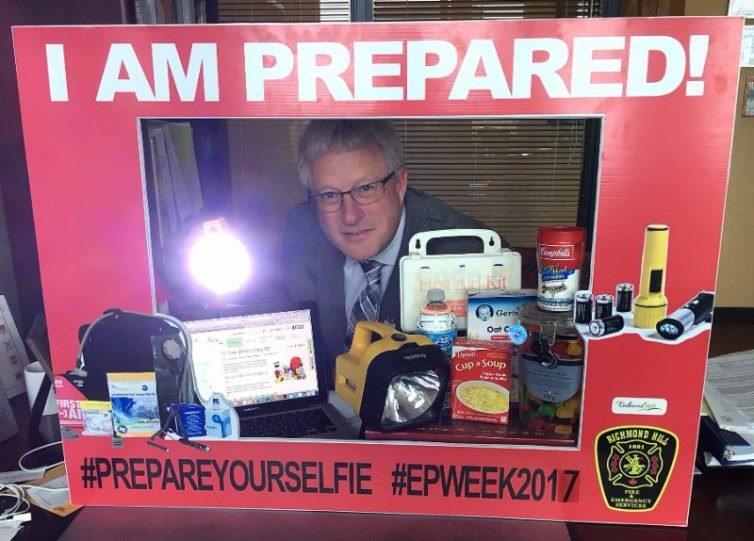 Council received a presentation from Richmond Hill Fire and Emergency Services (RHFES) staff regarding Emergency Preparedness Week which ran from May 6 to 12, noting the importance of being prepared.
Citizens are encouraged to make an emergency plan, build a 72-hour emergency kit and stay informed. RHFES staff were out in the community during the week talking to residents about how to get prepared. Emergency preparedness resources can be found online.
17. 26th Annual Police Appreciation Night

Chief Eric Joliffe opening greetings
The 26th Annual Police Appreciation Night was recently held at the Paramount Eventspace in Vaughan.  The mission of the Police Appreciation Night organizing committee is to support the mandate of York Regional Police by organizing and conducting an event that will encourage public support and raise money to fund police programs and equipment.
This event also highlights the good work being done each and every day by members of York Regional Police. Awards include Excellence in Policing, Garrett Styles Bravery in the Line of Duty and Rob Plunkett Outstanding Service to the Community. Also presented annually are the Herbert H. Carnegie and the Leo McArthur Civilian Recognition awards.
18.  Mayor’s Prayer Breakfast 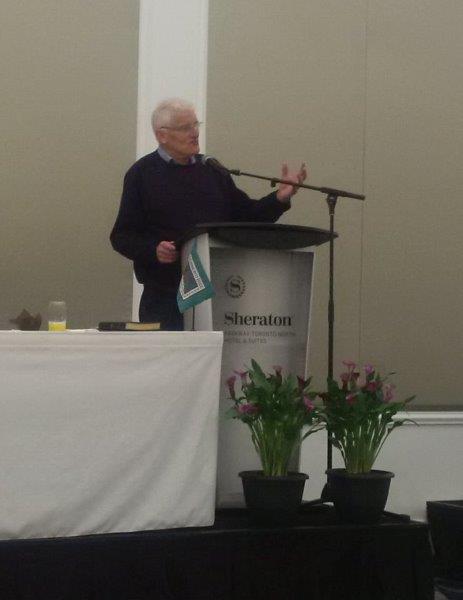 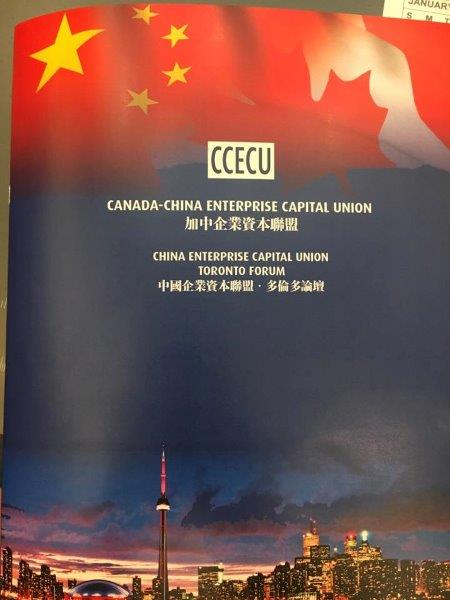 I was proud to attend the 5th Annual Canada – China investment Summit supporting economic development in our community.
Thanks to the Canada-China Enterprise Capital Union for the invitation to represent Richmond Hill.  International trade is an important part of our local and national economies. Events like this help to foster stronger ties with other countries with benefits for our entire community as a result.
21. Dodgeball for 360kids 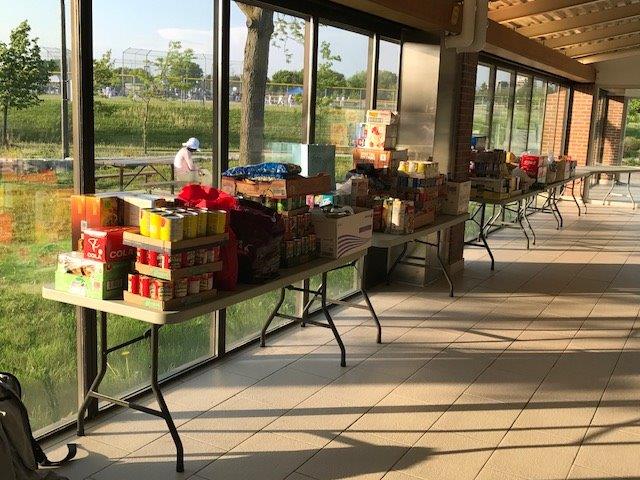 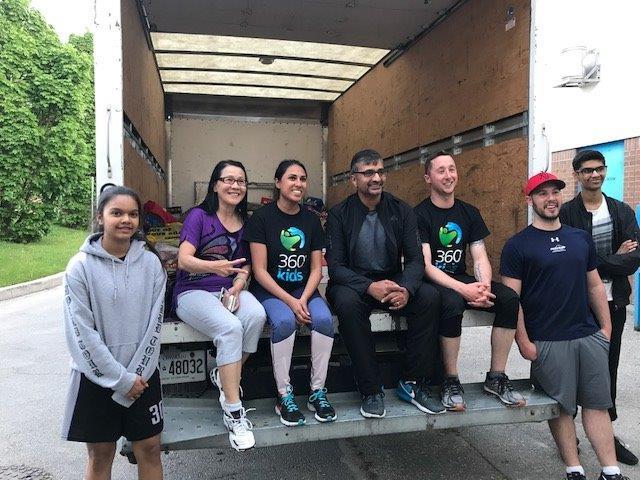 Organized by Richmond Hill resident, Sonny Dhillon, another wonderful community event was held on the evening of Friday May 25th at Richvale Community Centre. Many kids and local supporters attended and played in a dodgeball tournament but most importantly, helped to collect 2500 pounds of food and raise awareness for 360kids.